Layer 7 Traffic Shaping: What it Can do to Help Online Testing

With limitations within your own infrastructure and the bandwidth outside of our networks, we must make the most of what we have been provided. Layer 7 filtering is the future in prioritization of traffic, applications and devices to maximize throughput and end-user productivity.

What is Traffic Shaping?

Traffic Shaping is a new feature using Meraki’s cloud-based WiFi. Administrators have the visibility to all wireless traffic on their network, but with the Traffic Shaper, now they can actually control it.

While administrators can see applications and websites that may be slowing down their network – such as YouTube or Pandora – now Traffic Shaper allows them to prioritize and change bandwidth on these often unnecessary applications.

How Can Traffic Shaping Help Schools with Testing?

When dozens of kids are in rooms testing, connectivity and bandwidth can be slow and even block or lose data. Those testing devices need as much connection as possible, and Traffic Shaping can assist in controlling bandwidth from a central location.

For example, if YouTube or a recreational site is taking up most of the bandwidth, administrators now have the ability to create “traffic shaping rules” that limit bandwidth on those sites. They can even use this for general applications like video and music.

Traffic Shaping will allow administrators to not only create limits, but also priorities on certain sites and applications, which allocates more bandwidth to important testing sites and apps.

Users are now able to not just allow or block traffic, but gives more in-depth control of site and application access. Traffic Shaping even controls which groups have access to certain sites, which is a great extended feature for test times.

Beyond testing, teachers will also be able to access resources online for lessons without allowing access to students. Traffic Shaping also helps districts fight the issue of open access to information, and prevents students from accessing restricted sites or content.

The Traffic Shaper technology can also help teachers give only access to research content, instead of using the internet for recreational use such as Facebook or Email.

Better Functionality at a Lower Cost

The Traffic Shaping feature makes it easy to control everything in one place, making for the best functionality and convenience for schools. Being able to control functions such as anti-virus, web content restrictions/filters, as well as traffic shaping and throttling, makes for a cost-effective database when staff and time is limited.

This simplified management feature will help with financial savings, when capacity and network upgrades can be reduced. Traffic Shaping is an essential tool to not only help in the stressful times of testing, but everyday use in the schools. 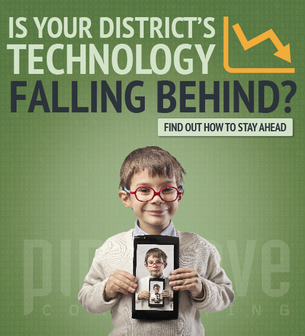